Why MR fluids is recommended for use in Shock Absorbers

Why MR fluids is recommended for use in Shock Absorbers 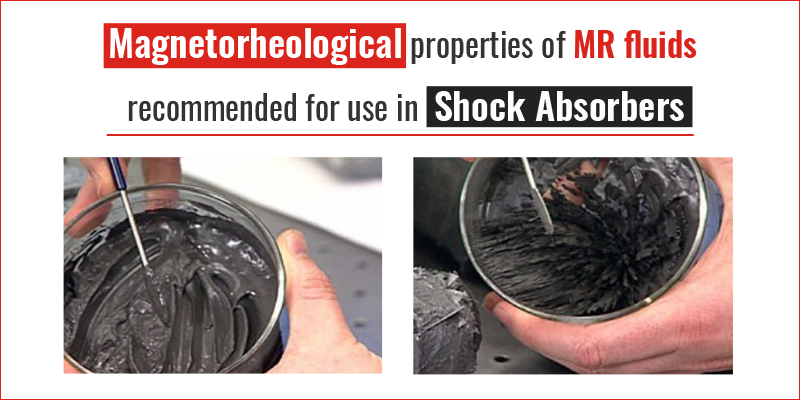 Great deal of researches in the sciences of diversity could be credited for the super inventions and discoveries that have completely transformed the way now humans live and manipulate their surroundings. We have developed specific products and mechanisms towards particular applications of social economy. MR or magnetorheological fluids relate to the specific fluids that respond to the applied electromagnetic fields and exhibit a difference in their rheological properties and resultant attributes of achievable stress against the surface. This correlation is developed due to the presence of the ferromagnetic particles like that of alloys of iron, nickel or cobalt.

When the magnetic field is applied the ferromagnetic particles that are present in the size of micrometer (1 – 20 micrometer) in the MR fluid realign them in columnar structures which are responsible for change in the stress characteristics of the fluid; which then begins to behave differently, especially in terms of viscosity and hence change in the rheological attributes! Such characteristics of MR fluids make them apt for use in shock absorbers. Leading Magnetol manufacturer in India has been offering its products in different compositions towards meeting diverse applications. The buyers of MR fluid, on the other hand, are very particular about the composition characteristics of the MR fluid and they are particularly inquisitive about the salient properties of MR fluids that are recommended for use in shock absorbers. Here is an overview of the attributes that count as important in the selection of the MR fluids for shock absorbers –

The properties of the MR fluid for use in shock absorbers –

It should be stated that the magnetorheological properties of the MR fluids are the function of the composition and the applied magnetic field that is kept in the variable range. In this context, the basic attributes relating size, shape, and concentration of particles in the fluid are important! Experts at a leading magnetorheological (MR) fluid manufacturer in India consider that for shock absorber MR fluids, the concentration of the ferromagnetic particles should be 20%. Thus, with the application of variable magnetic field on such MR fluid, the yielded stress curve would stretch to a max of 20k Pascal.

Apart from the concentration and nature of the ferromagnetic particles in the fluid column, other properties of relevance include the following –

MR fluid suppliers in India are offering wide range products to suit the applicative dimensions of the customers in the engineering sectors of diversity!

Message Us on WhatsApp
Request a call back

We are glad that you preferred to contact us. Please fill our short form and one of our friendly team members will contact you back.

X
Request a call back